My central heating works well in some areas not in others. What should I do? 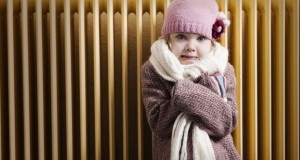 I have a gas-fired central heating system with 16 radiators. On the ground floor are eight radiators (including one in the conservatory); on the first floor there are seven; and one in the attic room.

The new radiator in the sitting room has been underperforming (warm at the top, cool at bottom). Its predecessor wasn’t great either. We got the new one because it was larger.

Recently I turned on the heating in all 16 radiators simultaneously and monitored the performance. The attic and first-floor radiators worked well. The ground floor performance was patchy. Of the eight radiators, only four were hot at the top, two others were warm, another two were lukewarm.

It has been suggested that the problem is residue in the system and that power-flushing is the solution. However, all the advocates of this are companies or individuals selling that service. I have failed to find any objective scientific evaluations of the process. And it is not cheap. I am looking at €700 or more to get it done, taking one day. Can you advise?

There are many variables with heating systems. Any diagnosis in the first instance deals with the identification of the system in use. You have not set out the type of system in your house, and I will therefore deal with the answer in broad terms.

There are two principal pipe arrangements: one-pipe and two-pipe. The one-pipe system is the simplest and cheapest and most commonly used in speculative development. Radiators become progressively cooler from first to last as you move away from the boiler. Regulation or control of heat to individual radiators is challenging. The two-pipe system is a superior system where one pipe delivers hot water to the radiators and a second pipe carries cold water from the radiators back to the boiler. Individual control of the heat to each radiator is more effective.

Traditionally, heating systems were fed from a small water tank in the attic. This produced a “head” of pressure in the system, usually aided by a circulation pump. This type of system was prone to loss of water through evaporation, with new water added by way of a ball cock feeding the header tank. The problem with this was that the introduction of fresh water promoted corrosion, with sludge and rust building up within the system as a result,  making  radiators cold at the bottom. The expansion of water when heated and contraction when cool can also introduce air into the system. This can cause radiators to be cool at the top yet warm at the bottom. All radiators have an air release valve (square headed nut at the top of the radiator), which allows this air to be manually released by opening the nut slightly.

More modern systems will be pressurised. The tank in the attic is no longer required and an expansion vessel will be provided close to the boiler. The sealed system eliminates evaporation and reduces rust, and will also improve circulation.

Other factors, apart from sludge and air, that inhibit circulation can include the poor operation of valves or incorrect balancing of the heating system. Each radiator has a wheel valve at the entry point and lock shield valve at the outflow. The wheel valve can be thermostatically controlled, meaning that the temperature of the radiator can be set at a desired heat. The lock shield is used to control flow of water, forcing hot water past the early radiators to remote radiators further away from the heat source.

Most modern systems will operate with zones. This means that, for example, the ground and first floors are plumbed separately, allowing them to be used independently of each other. The zones are typically controlled by thermostats and timers and these activate a motorised valve, allowing hot water to flow in the system at particular times or when the temperature drops below a desired setting. These must be monitored to ensure they operate properly. I have seen cases where the thermostats were connected to the wrong motorised valves. The adjustment of the thermostats is also an issue. In my own house, the thermostats always appear to mysteriously move upwards in my absence. The placement of the thermostats in improper locations, such as in an area affected by heat from downstairs, will mean that the upper floor zone may not operate as it should.

You have 16 radiators. A typical four-bedroom house will have 11 or 12. I note that you have an attic room and conservatory and that the new radiator is bigger than the original. Your issue may be an undersized boiler. If you have added the conservatory and converted the attic without considering the requirement to improve or increase the output from your boiler, this is probably the issue in your house. In your case, as radiators are hot at the bottom, it is unlikely that you have an issue with sludge. The cost associated with cleaning the system may be better directed towards an improved boiler.

The identification of any defect will involve a full analysis of the system in a property. Is the system one-pipe or two-pipe? Open or pressurised? Thermostatically controlled radiators? Zoned or not? Are radiators heating at top or bottom? What maintenance regime had been in place before now? What alterations or additions have taken place? To jump to a conclusion could bring you in the wrong direction in terms of remedying your particular issue.

It would be more prudent to spend your money identifying the issue to be addressed rather than treating this problem on a trial-and-error basis. Your local chartered building surveyor will be able to assist in diagnosis of the problem and developing a solution.

Noel Larkin is a chartered building surveyor and member of the Society of Chartered Surveyors Ireland, scsi.ie

View all posts by: Noel Larkin